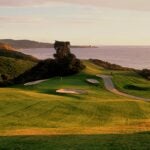 You’ve likely heard by now that the 2022 PGA Championship has been removed from Trump National Bedminster following a vote from the PGA of America. You’ve likely heard some of the potential replacement candidates, too: Liberty National, Southern Hills, Shoal Creek — but the name of each of those well-respected sites ends with “Country Club,” which makes them effectively useless for the sake of this column.

Good news! Nothing seems set in stone just yet, which means there’s still time for us to state our case. With the 2022 event in flux, what better time than now to reassert golf’s commitment to the public space?

We’ve been on a nice run of munis hosting majors these last three years, with Bethpage Black (2019 PGA), TPC Harding Park (2020 PGA) and Torrey Pines (2021 U.S. Open) comprising something of a streak. But of the PGA Championships scheduled through 2031, just one (PGA Frisco in 2027) will be held at a public-access course. And while U.S. Opens are scheduled out through 2027, no munis are on the docket after Torrey Pines this June. (Pinehurst No. 2 and Pebble Beach area each public courses that will continue to host, but they’re outside the typical muni price range…)

In other words, the time is now for muni revolution! Let’s get to our proposed candidates:

TPC Harding Park and Torrey Pines South. Both terrific courses, but even as the world’s biggest muni lover I think it’s okay for our major championships to find new venues, at least for a few years.

The only argument against Bethpage Black is that we were just there for the 2019 PGA, and we’ll be back for the 2024 Ryder Cup, too. But what better way to celebrate a return to fans at major championships than with a raucous Long Island crowd in the spring of 2022? (I know, hopefully it happens way sooner than this, I’m just hedging.)

The People’s Country Club has never failed us before. And if you could replicate the 2019 leaderboard of Brooks Koepka, Dustin Johnson and Jordan Spieth and the rowdy atmosphere down the stretch, we’d sign up for it in a heartbeat.

Let’s go a bit off the radar here and take a trek from Farmingdale, N.Y. down to Farmington, N.M. to dive deep into the American Southwest. If you haven’t heard of Pinon Hills, we can’t blame you, but it’s one of the finest muni layouts in the entire country.

The views are terrific, the vibe would be decidedly different, the PGA would get the benefit of primetime golf and bringing a major championship to a course with $40 tee times would send a message that being a great golf course doesn’t have to come with a big-time price tag.

We’ll have seen plenty of the South Course at Torrey Pines by next summer, but we hardly ever see the North Course — Tour pros play just a single round there per year at the Farmers Insurance Open. Torrey is a hub of southern California muni activity, and the views are just as epic on the North as they are from its more famous southern neighbor.

Even though it’s typically the easier of the two courses, Tom Weiskopf’s renovation in 2017 included a few particularly devilish pin positions to max out its difficulty. Let’s use all of those, grow out the rough and get a different look at the Torrey Pines coastline.

Neshanic Valley is about 15 miles south of Trump Bedminster, and that’s a large reason why it climbed all the way to No. 2 on this list. If the PGA’s goal would be to keep the tournament in the same area, so the surrounding towns and businesses would still get the benefit of a major championship coming to town.

Neshanic is no slouch; it’s the crown jewel of Somerset County’s Parks Commission and hosted the 2012 U.S. Women’s Public Links. New Jersey is renowned for its private clubs, but this would be the ideal opportunity to put one of its finest munis on a national stage.

Ah, Chambers Bay. If you spend too much time on this website you’ve already read me unapologetically shilling for the municipal pride of the Pacific Northwest. Chambers hosted the 2015 U.S. Open and got mixed reviews, because it was a strange tournament. Fox was making its broadcast debut, Tiger Woods was bottoming out, Jason Day got vertigo, the greens got too baked out and Billy Horschel got upset.

But in reality the course produced a terrific tournament, a top-tier leaderboard and an awesome visual product. Dustin Johnson and Jordan Spieth battled to the very last hole, after all! Now, it’s even better: Chambers has new greens. The conditioning is fantastic. And it’s the essence of a high-quality city park course; joggers, beach-goers and kite-flyers frequent the course and its surrounding property. It’s time to take the PGA back to Chambers Bay.

This is part of our Muni Monday series, spotlighting stories from the world of city- and county-owned golf courses around the world. Got a muni story that needs telling? Send tips to Dylan Dethier or to munimondays@gmail.com and follow Muni Mondays on Instagram.

All of our market picks are independently selected and curated by the editorial team. If you buy a linked product, GOLF.COM may earn a fee. Pricing may vary.

Gear up for your next round in our Pro Shop!

Dylan Dethier is a senior writer for GOLF Magazine/GOLF.com, where he’s told the story of a strange cave in Mexico, a U.S. Open qualifier in Alaska and plenty in between. Dethier joined GOLF in 2017 after two years scuffling on the mini-tours. He is a Williamstown, Mass., native and a 2014 graduate of Williams College, where he majored in English. Dethier is the author of 18 in America, which details the year he spent as an 18-year-old living from his car and playing a round of golf in every state.