Hyderabadis are known to talk about the days of yore fondly and in all likelihood, their substitute for ‘Once upon a time…’ is usually ‘ Ek zamane mein…’. But what is the ‘zamana’ that is being referred to here and how much do Hyderabadis really know about it are questions that always loom large. It’s not just about Charminar or the world-renowned diamond mines of Golconda Fort, there is more to the City of Nizams than the Nizams themselves. Don’t believe us? Just check out The Hyderabad History Project, an Instagram page that has been regaling us all with lesser-known information about Hyderabad along with stories and anecdotes that will, hopefully, teach the good folk of the city to take more pride in it.

The Hyderabad History Project is a passion project of Yunus Lasania, whose family migrated to the City of Pearls in the 1970s. For a family that has called the city their home for so long, Yunus, who lives in Padmarao Nagar in the twin city of Secunderabad, was surprised to know that Secunderabad Railway Station is perhaps the oldest station in the city, built in the 1870s. Also, he found out that the St Mary’s Basilica on SD Road was built for Catholic soldiers working under the British. Both these landmarks are in the vicinity of his area, « And the fact that I did not know this till I was 25 really surprised me, there was clearly something wrong, » explains Yunus. 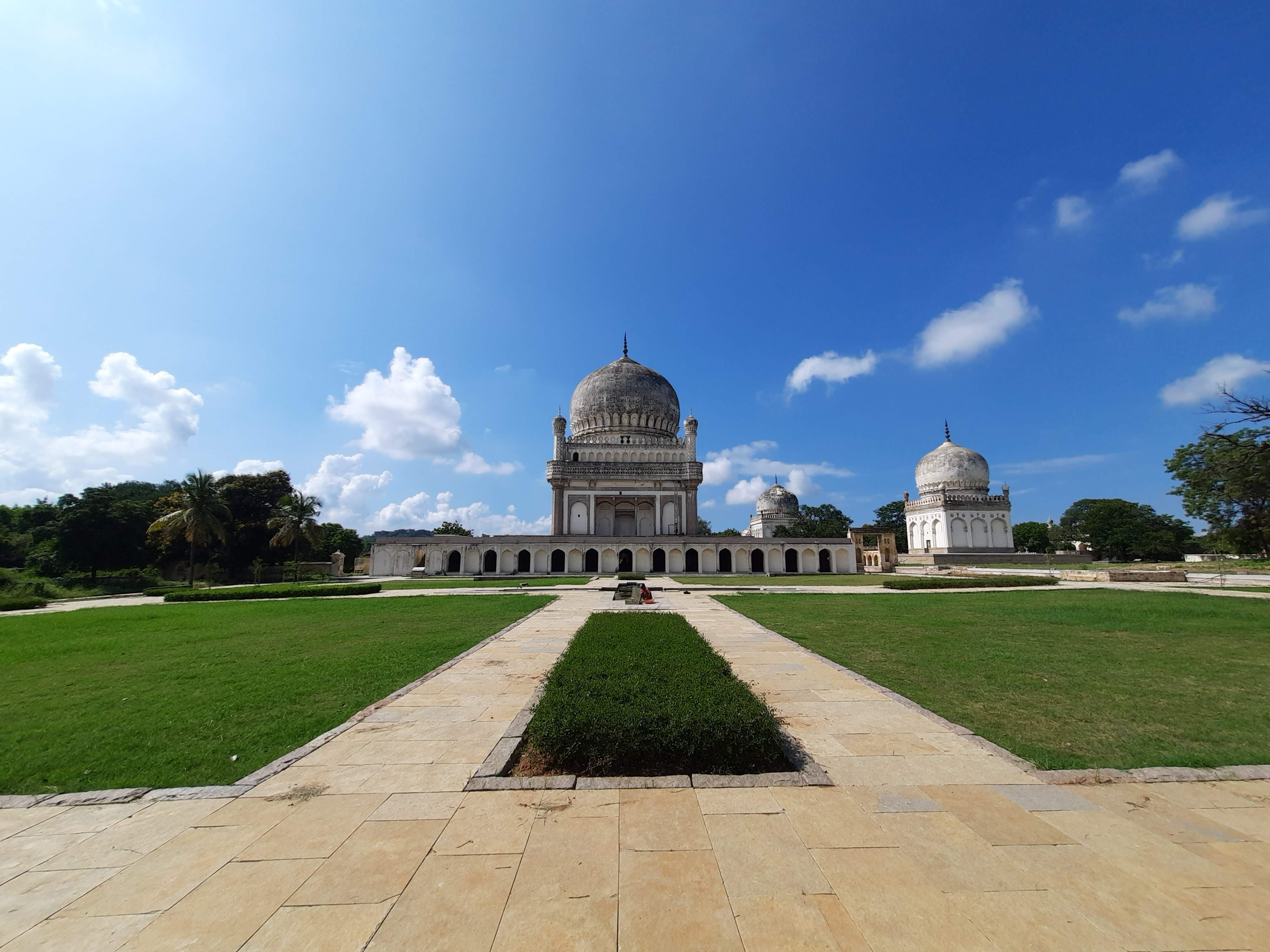 One of the best transformations in the Qutb Shahi tombs complex is that of Mohd Quli Qutb Shah’s tomb itself | Courtesy: The Hyderabad History Project

So, on February 24, 2017, the death anniversary of the last Nizam of Hyderabad Mir Osman Ali Khan, the 30-year-old launched The Hyderabad History Project on Facebook and Instagram. « I knew that something had to be done to make people aware and I just started this to try my hand at it, » explains the youngster who started the page with his mentor, a journalist, who eventually dropped out. But the page is not just about sharing information, pictures and maps because Yunus goes the extra mile to document oral history too. « I talk to older generations, who have seen and grown up in a different Hyderabad, and rebuild it from there. Because I strongly believe that though monuments are important, they are more than just buildings and there is more to a city than its monuments, it’s the people, » he shares. One such story is about the late Dinshaw Rustom Toorkey who was an important official in Hyderabad State’s education department and was also one of the first teachers who taught at Jagirdars College, now known as Hyderabad Public School. He learnt this nugget of information through a conversation with his son, Shapoor Toorkey.

Here’s the history buff in conversation:

Being a reporter, Yunus follows the same tenants of journalism while posting a story online that he follows while writing a report for a newspaper that he works for part-time, « Find the truth and put it out there. » Over time he has understood that pictures get more traction — pictures of Charminar are extremely popular — and that he has his own niche audience who, no matter how long his post, will like and share them. And since he discovered that there is no formula, he doesn’t follow a set format nor a frequency, but makes sure he posts three to four times a week.

The newly restored Moazzam Jahi market in all its glory | Courtesy: The Hyderabad History Project

But what we are really interested to probe him further about is how he became this gold mine of information when it comes to Hyderabad? « There are not many public libraries in the city and a lot of historical text is missing, » laments the youngster. But he ardently follows books like that of Prof Ghulam Yazdani, one of the founders and the head of the Archaeological Department of His Exalted Highness The Nizam’s Dominions (Hyderabad state). « And for all those who love old books, Haziq & Mohi Rare Books in Mahboob Chowk is a treasure trove, they have books that date back a hundred years! » reveals the Hyderabadi, sounding fascinated himself. He also refers to achieve.org, an open-source portal that has PDFs of many old books.

Operation Polo — the atrocities the people of Hyderabad were put through when the Indian Armed Forces clashed with the Nizam’s own army Razakars so that the princely state could be integrated into India are huge but largely unknown. To uncover some personal stories, Yunus, who also conducts heritage walks around the city, started finding people who knew the era and got himself a book deal, thanks to Aanchal Malhotra whose family owns Bahrisons Bookseller, one of Delhi’s oldest bookstores ever, who happened to meet him in the city. « I travelled across Telangana and some parts of Karnataka to interview eye-witnesses of the operation. Some stories are sad, some are indifferent but all of them are worth being told, » he explains. And this is the book that is keeping him busy these days. We had to ask Yunus about what he thinks about Hyderabad now, after discovering so much about it and what he thinks of its ‘laidback’ image. « Look, laidback isn’t wrong. Shops in Old City don’t open before noon because people sleep late and wake up only by 10 am. Also, people here have the ability to laugh at themselves and find humour in day-to-day life, » he opines. Circling back to how people just don’t know what the city was about, he says, « I would partly blame it on the education that doesn’t teach us to take pride in our city. It is a city about 500 years old, built by the Persians and had people from all over the world, even Africa, residing in it. It’s not enough to take children to Golconda Fort, they need to feel proud about it, » he implores.

Of course, we can’t let Yunus go without asking him for lesser-known facts about Secunderabad. He tells us that Sardar Patel Road was actually called Alexandra Street and Sarojini Devi Road, Oxford Street. And the wooden umbrella over the pastor’s head at St Mary’s Basilica actually served as a sound projector 100 years ago, when there was no electricity. Wow!

Edex and The New Indian Express have been curating the 40 Under Forty list since 2017. We featured collections of impactful grassroots teachers in 2017, innovative start-ups in 2018 and environmental impact-makers in 2019. All the people selected have been chosen after a careful process of editorial selection and nomination. Reach out to us at edexlive@gmail.com