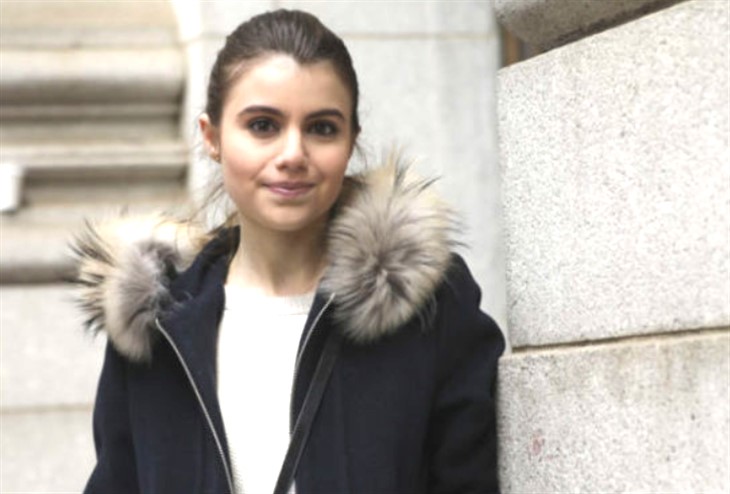 Blue Bloods spoilers tease that many Blue Bloods fans are wondering where Nicky Reagan-Boyle (Sami Gayle) is, and why she has been missing from the Reagan family dinners? In the last Blue Bloods episode she was shown in, Nicky had talked about moving to San Francisco in order to pursue a career opportunity, and perhaps study law like her mom. It would seem that her portrayer has left the show to pursue other opportunities, as well.

Longtime Blue Bloods watchers will remember Nicky as a young teenager, braces and all. Over the years she grew into a beautiful young woman, one of the few characters among the Reagans who wasn’t all that interested in a career in law or in law enforcement. Nicky also was very independent, and provided at times liberal-leaning opinions, which balanced out the conservative-leaning opinions of the Irish-Catholic Reagan family. Some fans, however took her as being a smart aleck because of her young age.

On Blue Bloods The Reagans are a family who have been in the law enforcement business for several generations, with patriarch Henry Reagan (Len Cariou) having been the police commissioner before he retired, with his son Francis “Frank” Reagan (Tom Selleck) following in his footsteps, one son, Joe Reagan (uncast but mentioned character) having been a cop deceased before the show, and Danny Reagan (Donnie Wahlberg) a detective.

When Blue Bloods began, Jamie Reagan (Will Estes) was in law school but changed his mind and went to police academy. Nicky’s mother, Erin Reagan (Bridget Moynahan) has always been the assistant district attorney.

Nicky’s two young cousins, Danny’s boys Sean Reagan and Jack Reagan, played respectively by real life brothers Andrew and Tony Terraciano, have also grown up on the show. Sean is in college and Jack is getting ready to go to college but their areas of study have not been mentioned in the show.

While Nicky could appear occasionally in season twelve, should the series be renewed, nothing official has been stated. As for Sami, she stated that she would be strictly abiding by Covid-19 pandemic rules related to social distancing and self-quarantining. Sami was going to college in real life the same time that Nicky was on the show. It is possible that the whole disappearance from the acting scene could be related to the pandemic, although Sami did say in an interview with Glitter that she has been working on many projects of a behind-the-scenes nature with her brother.

She said that her brother and she have a production company. They have two film projects that they hope to complete in 2021, plus Sami has an adjunct music career and mentioned in an Instagram post that she was working on an extended play record (a shortened version of an album, usually four songs instead of up to twelve). She also recently wrote a children’s book.

IMDb, the International Movie Database site hasn’t shown anything new on Sami’s Blue Bloods profile, but then she has not officially announced a total departure from Blue Bloods – meaning she may still be on a recurring status – appearing occasionally or perhaps in an occasional scene shown “Zooming” with her mother and family to check in.

Blue Bloods Spoilers: Jamie And Eddie Have Issues To Work On Before Thinking About A Baby #BlueBloodshttps://t.co/QNoBXJUU3Z

It doesn’t appear she has left the acting business entirely, but is focusing more on production and music. However, IMDb also lists her among the cast only through 2020. But, again, that could merely be because of the pandemic.

Sami posted a promo for the current season of Blue Bloods with a photo of herself on November 29, 2020, and also a Thanksgiving greeting with a photo she took herself of her TV family on Instagram. Her heart’s not far from the Reagans! The show’s heart is not far from her either, they posted a photo on their Instagram account of her on January 21 2021!

Stay tuned to Blue Bloods, and keep checking Blue Bloods spoilers frequently for all the latest news, updates and developments!