Mounties in Surrey say they are aware of racist graffiti targeting the Punjabi community and will not tolerate it.

A sign and a power box were vandalized in the city over the weekend, with racist graffiti targeted at members of the local Punjabi community rallying in support of farmers protesting in India.

An individual who asked to remain anonymous told Daily Hive that a protest sign reading “We Support Farmers, No Farmers No Food” was found vandalized with the words “You want to support them? Go home to India” near 148 Street and 60 Avenue in Surrey. 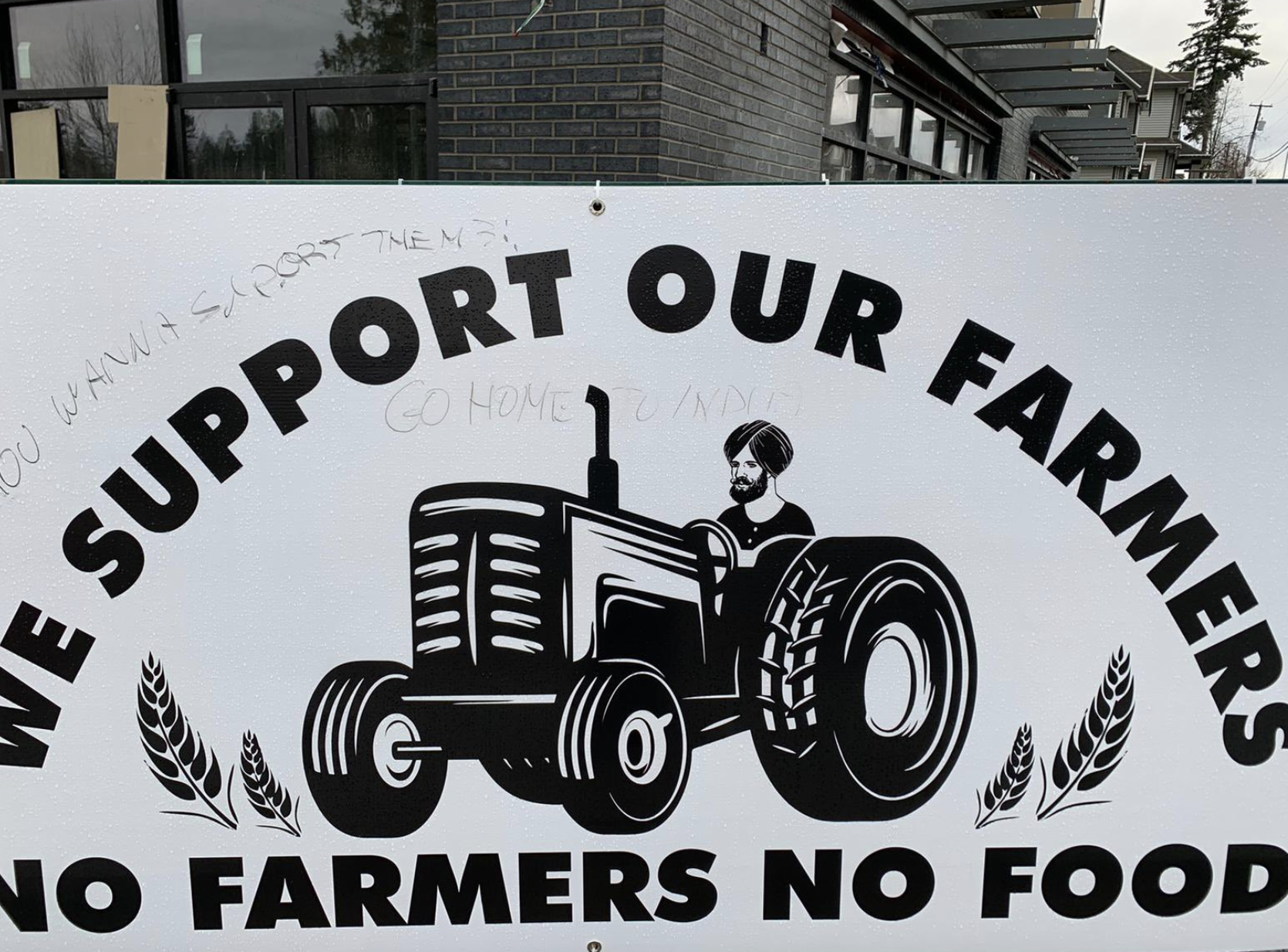 Vandalized Farmers Protest Sign that reads “You want to support them, Go home to India” (Submitted)

An electric box near the sign was vandalized with more graffiti that said “Soth [sic] Asian is Bullshit.” 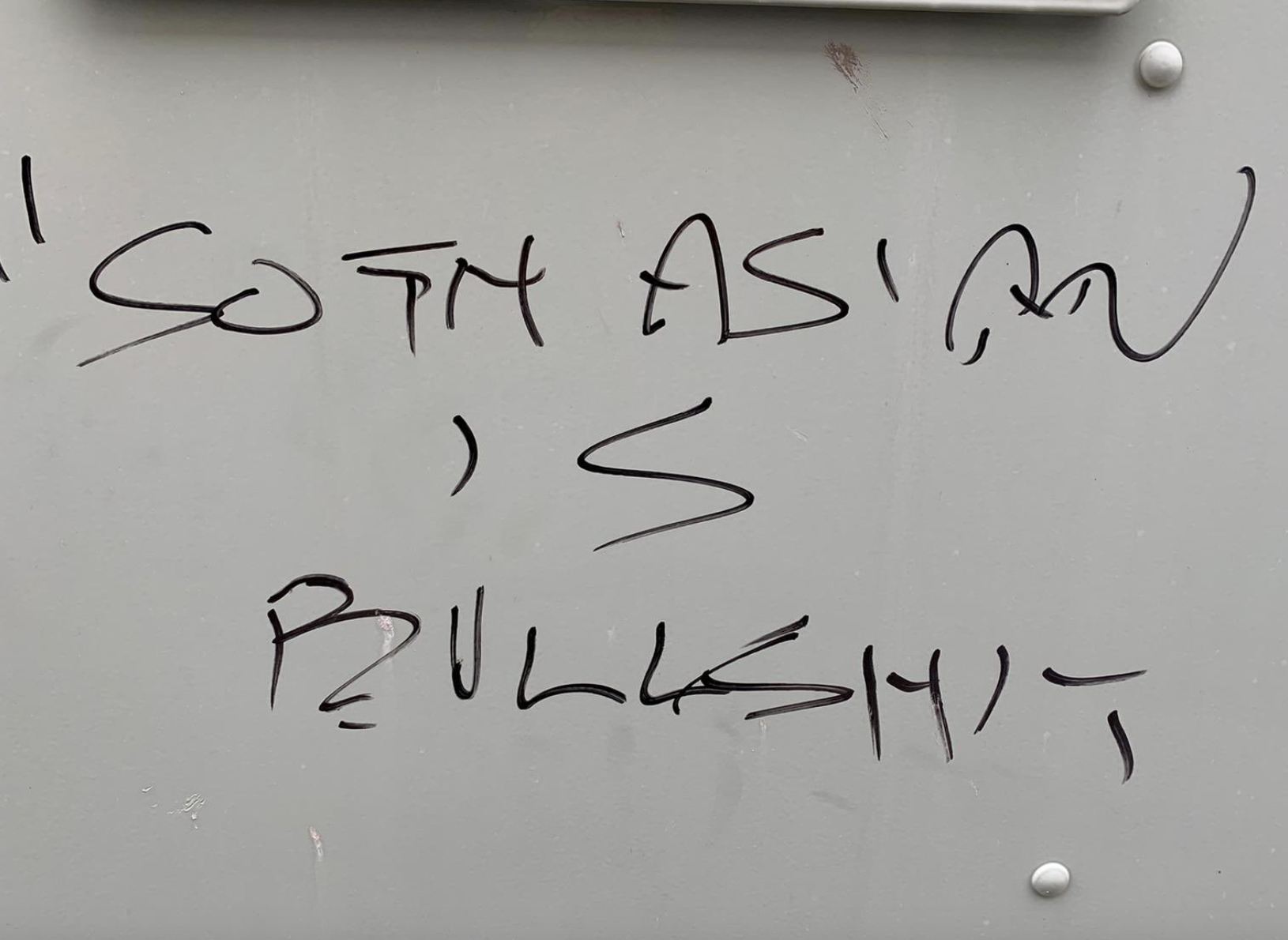 The individual said they discovered the vandalism on Sunday, January 10, a day after demonstrators took part in a car rally from Surrey to downtown Vancouver to protest outside the Indian Consulate building.

The ongoing rallies in Metro Vancouver are an example of global demonstrations taking place in solidarity with farmers in India who are currently taking part in the largest organized protests in the world, against three farming laws passed by Prime Minister Narendra Modi’s government.

The farmers — many of whom hail from India’s northern Punjab and Haryana states — are concerned that the laws, which bring corporations into the controlled agricultural sector, will leave them at the mercy of large corporations and will lead to the ultimate loss of their land and livelihood.

In a previous interview with Daily Hive, Jay Grewal, a direct with Sikhs for Justice, explained why so many from the Punjabi-Sikh diaspora have been raising awareness about the plight of farmers.

“What we’re finding is that India is not living up to its responsibilities of being a democracy. These bills were passed kind of rough shot through their government, and many people are upset. So why should Canadians care? Canada and Canadians are part of a global village as we say today. Canadians have always been on the forefront of human rights,” he said.

In a statement to Daily Hive, local group Our Avaaz, which has been at the forefront of organizing solidarity protests for farmers in Metro Vancouver, says the vandalism is an example of “a few cowardly ‘citizens’ [who are] posting racist messages of hate, ignorance and misinformation — attempting to shame and silence our voices.”

“Yet our voices don’t shake, instead they grow stronger and louder. We ask those who are against racism, fascism, corporate greed, or human rights abuses to rise and stand with us in solidarity,” stated Our Avaaz.

The group says a drive-in protest is scheduled to take place at the Cloverdale Recreation Centre on January 15.

Daily Hive reached out to Surrey RCMP regarding the vandalism, and they are aware of the incident. Spokesperson Corporal Joanie Sidhu said that they “do not tolerate” this behaviour.