Liverpool signed Thiago for occasions such as these. Jurgen Klopp has to defibrillate his team’s struggling heartbeat against Real Madrid.

Thiago Alcantara tasted Premier League victory at Anfield for the first time last weekend. The Spaniard, arriving from treble-winning Bayern Munich in the summer, has featured sporadically for the Reds and hasn’t quite convinced.

His Bayern side ominously loomed over the opposition, overwhelming them with a metronomic passing style and eventually wearing almost everyone down. The team didn’t suffer a single defeat in Europe on their way to Champions League glory last season.

Thiago’s ability to put a foot on the ball was appreciated. He is the sort of player that social media will tell you is ‘cultured’ and ‘a baller’ with fifty emojis. In Liverpool’s frantic, high-octane setup he sometimes seems a square peg in a round hole: not so much dictating the play so much as putting the brakes on it.

And in this age of metrics and statistics, expected goals and transitions (with apologies to Stan Collymore), it can be quite tempting to slyly point to the midfielder’s lack of Premier League goals or assists since arriving on Merseyside.

But having made just 17 league appearances thus far in his debut season for the Reds, one could counter most criticism of the Spain international by pointing to the injuries that have hampered his season. His availability has been sporadic and, perhaps even more bizarrely, he wasn’t even picked in the starting line-up against Real Madrid last week. 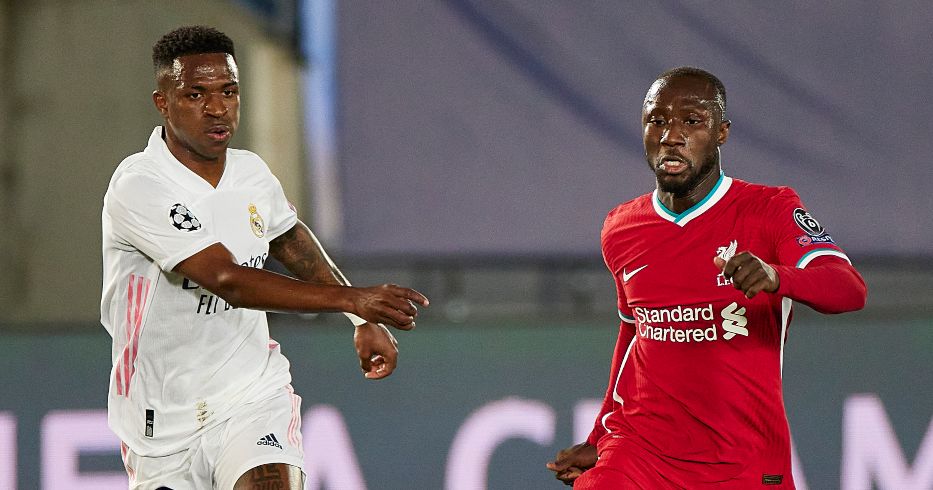 The stinker of a performance from Naby Keita that saw the former Leipzig man hooked before half-time has probably worked in Thiago’s favour. Liverpool have rarely felt settled this season so, having been inside Bayern’s almost Death Star-like setup in which they’re expected to reduce most teams to rubble every weekend, it’s probably proving quite jarring for the former Barcelona player.

To prevent floods of comments about Jordan Pickford, injustice and whatever else, I’m obligated to inform readers that Jurgen Klopp’s champions have suffered some catastrophic injuries that have contributed to this lack of stability. Missing arguably the world’s best central defender is one thing, but the constant chopping and changing across the team hasn’t aided a new player who we know can run a midfield with his eyes closed at times.

Suggestions that Alcantara is the ‘flop of the season’ might face a giant, Timo Werner-shaped obstacle, but it’s worth pondering the success of Liverpool’s summer business. Manchester City’s depth is inimitable for most teams in Europe and when another club even dares to have a big-money signing warming the bench in his first season, they’re given pelters.

But Liverpool presumably didn’t sign the Spaniard for depth; they bought him for instant results. Turning 30 in football shifts perceptions rather suddenly for reasons that don’t quite make sense and Thiago celebrated that unfortunate milestone this week. How long before ‘flop’ becomes ‘washed up’ or ‘past it’ in the unforgiving age of social media?

Wednesday’s second-leg rematch against Real Madrid might offer exactly what Thiago has been crying out for: a starting role in a huge European match at Anfield. Despite the caveats of no fans and the considerable task of overturning a 3-1 aggregate scoreline, you’d hope that a player of his calibre would still grab this occasion with both hands.

If Thiago is to be the heartbeat of the team – as he’s so very capable of being – he might need defibrillating by Klopp. There is no doubting his talent or his quality, but we’re yet to see the best of the maestro in a Liverpool shirt.